Celebrating the opening of Tilorien Monastery

On 28 of October 2018 we hosted an Open Day at Tilorien Monastery and also the official opening ceremony of the monastery.

When the Buddhist Union of Belgium (BUB) asked us last year to participate in its project to organize an Open Day in all Buddhist organizations throughout Belgium, we had no idea how far the building project would develop until then. Nevertheless, we had to send in a program already in January. So we were all hoping that the building would be finished enough that we could receive visitors without exposing them to too many dangers.

During the last two weeks before the date we still achieved a few crucial advancements: We managed to replace the ladder we had been using in order to climb up and down the stories by a real staircase. We could move the kitchen—still in a provisional state—from the basement to the ground floor, the place of its final destination. And we also installed our toilet, so that our visitors could use this flushing toilet inside the house instead of the compost toilet out there in the garden.

But there’s still a lot unfinished, as those who came to the event could see without difficulty. Nevertheless, we had our Open Day and didn’t need to cancel last minute!

The date for the event had not been chosen by us but by the BUB, and so it was a coincidence that it happened to be Kathina day, the day at the end of the rains retreat when—since the time of the Buddha—laypeople would come to the monasteries and give robes and other requisites to the monastics. What better opportunity could we find in order to officially receive visitors for the first time!

We were especially pleased to have another monastic join us, Ayya Dhammadipa, a German nun living in Sri Lanka who was on visit in Europe and happened to learn about our event a few days before.

Some visitors had already been friends for some time and traveled to Tilorien from far away: from Germany, even as far as Berlin, and from London. Others living closer by heard about us and took the opportunity to get to know the monastics and supporters of the monastery. Altogether we were about twenty people—enough to fill our Dhamma hall without making it overly crowded.

When the date approached the Sangha decided that it was time now for the monastery to officially enter into function. One of the monastics has already moved into the monastery at the end of September, the Dhamma hall is finished—so the conditions are there to establish a regular daily monastic schedule and to offer Dhamma activities to the public. And so the Open Day also became the opening day of Tilorien Monastery!

May Tilorien be a place where the Dhamma can flourish, where people, both monastics and lay, can develop their mind according to the Buddha’s teaching and become a refuge for many!

Ayya Kathrin’s talk on the building of Tilorien, beginning with a video message from our Spiritual Advisor, Bhante Sujato, and other monastics at Bodhinyana Monastery in Western Australia: 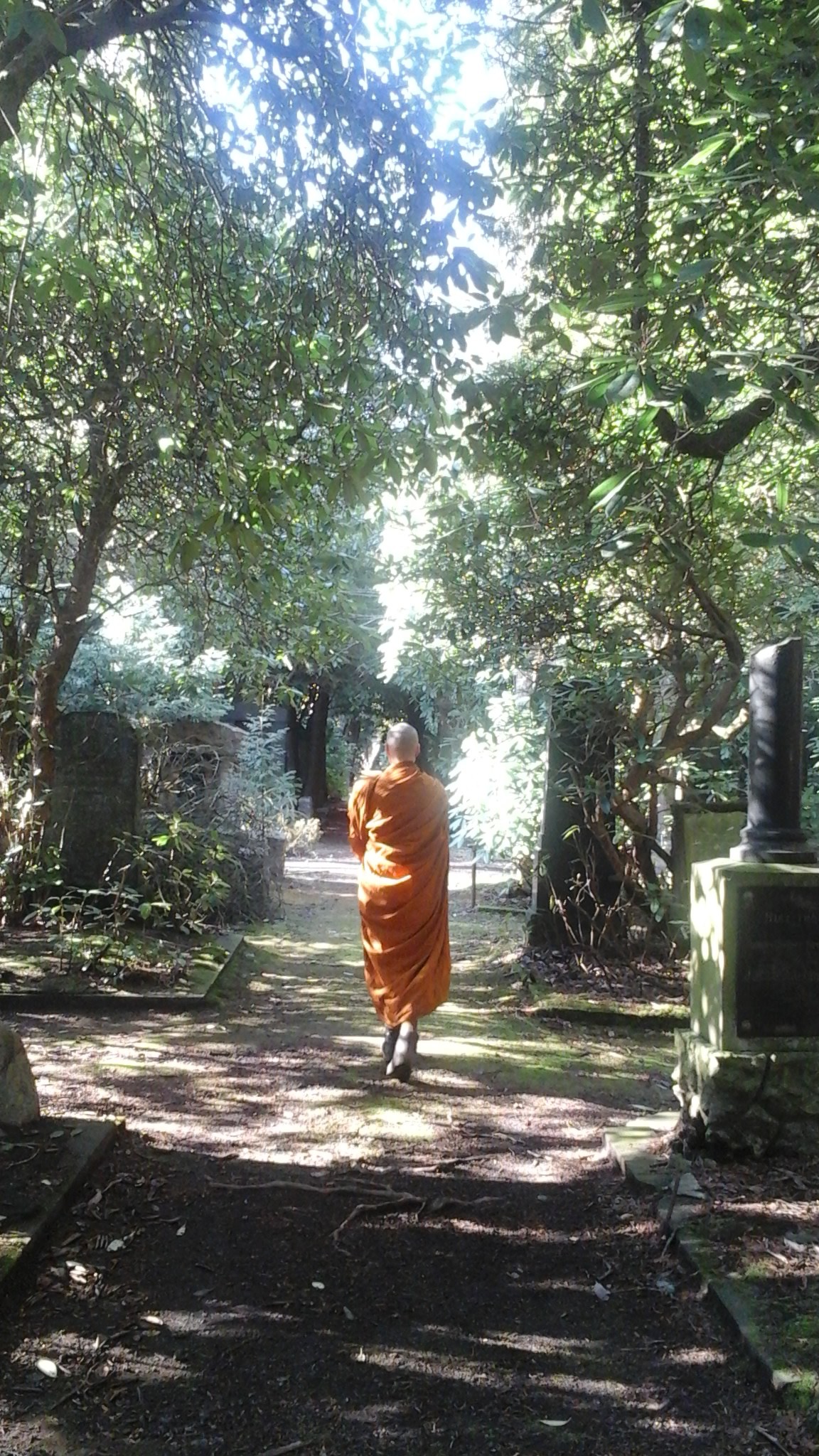